BUDGET AND SOURCES OF FUNDING

According to the plans accepted by the Financial Mechanism Office in Brussels, the cost of the project came to EUR 2 027 185, of which funding from the Financial Mechanism of the EEA amounted to EUR 1 657 832 (81.78%). The remaining portion of the costs had to be met by the project partners from their own finances, although it was possible to pay part of one’s own contribution using material resources. Only Książnica Cieszyńska received additional funding in the form of the sum of 334 000 zlotys, from the Promesa programme of the Minister of Culture and National Heritage. The combined funding of the project from external sources amounted to 85% of its total value. The participation of the various project partners in the budget was defined in an agreement drawn up on 28 November 2005. The largest share of the funding, equivalent to 42% of the project’s entire value, was to be managed by Książnica Cieszyńska. In 2nd and 3rd place, with 28% and 20%, were respectively the State Archives in Katowice and the Lutheran Parish in Cieszyn. The smallest slices of funding, of 7% and 3%, were to be managed respectively by the Order of the Brothers Hospitallers in Cieszyn and the Museum of Cieszyn Silesia. 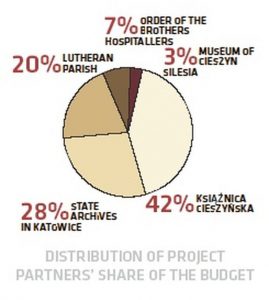 Among the project’s planned activities, the largest proportion of the funding was allocated to the restoration of the collections and equipping Książnica Cieszyńska’s conservation workshop, amounting to EUR 726 223. Other costly tasks were: processing the collections – EUR 332 279, their physical protection – EUR 294 365 and digitisation – EUR 227 071. Lower levels of funding were required for construction and installation work – EUR 167 392, disinfecting the collections – EUR 132 686, promotion – EUR 87 018 and managing the project – EUR 60 151. 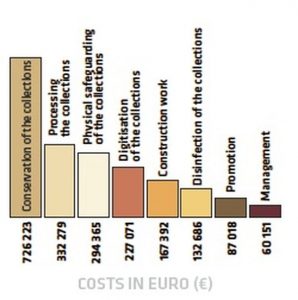 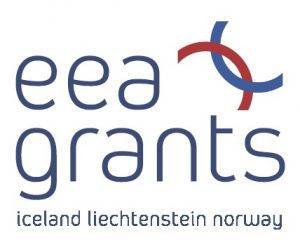 The EEA Financial Mechanism
Non-returnable funding for Poland in the form of two instruments, called: the EEA Financial Mechanism and Norwegian Financial Mechanism (usually – Norway Grants), originate from the three countries of the EFTA (European Free Trade Association), which are also members of the EEA (European Economic Area), i.e. Norway, Iceland and Liechtenstein. These financial mechanisms are linked to Poland’s entry into the European Union and its simultaneous entry to the EEA. On the strength of international agreements, the countries of EFTA – EEA granted beneficiary states (members of the EEA that entered the European Union in 2004 and Spain, Greece and Portugal) support during the years 2004-2009, in the form of two financial instruments called the EEA Financial Mechanism and Norway Grants with a combined value of EUR 1.170 billion. 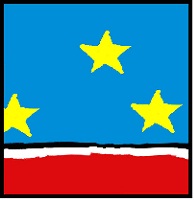